The Swedish manufacturer of hyper cars prepares the Koenigsegg One:1 model which, allegedly, will be able to overtake all existing fastest models in the world for release.

The Swedish car manufacturer prepares the Koenigsegg One:1 model which, allegedly, will be able to overtake all existing fastest models in the world for release. The novelty will be at the same time easier, and more powerfully, than Bugatti Veyron Super Sport. It is expected that Konigsegg will weigh only 1400 kg (it is comparable with golf class model), and thus its 5-liter V8 with a double turbo-supercharging will give out 1400 h.p. For comparison: at Bugatti the equipped weight makes 1888 kg, and power – “only” 1200 h.p. 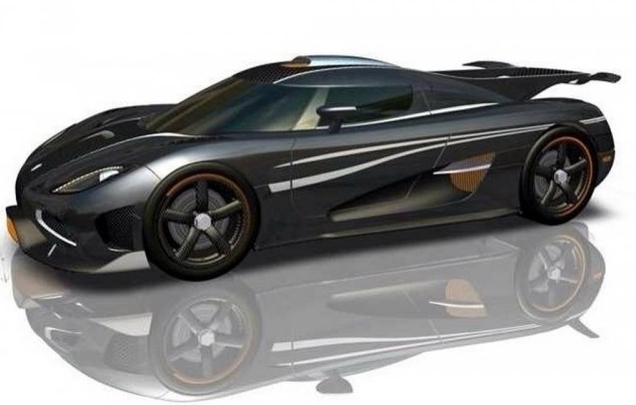 In the theory at Bugatti the engine is more interesting – 8-liter W16 with four turbines, – but in practice of Koenigsegg promises to leave the cult competitor far behind. By calculations of engineers, Koenigsegg One:1 will gain 400 km/h in 20 seconds that for the whole 25 seconds quicker, then it does Veyron. And if the maximum speed of the last – 431 km/h, Koenigsegg is aimed to reach a boundary of 450 km/h.

Whether it is necessary to say, what at acceleration to lower speeds of One:1 too will prove from the best party? The task to make the car which will set up a world record on achievement of 200, 300 and 400 km/h is set for designers.

From the technical point of view future novelty consists related to already issued Koenigsegg Agera (940-1030 h.p.), but One:1 will receive more perfect aerodynamic decisions providing stability at ultra-boundary speeds which will add this car to the list of fastest and most powerful cars of the world. The mass of a body at Agera is also small (1430 kg), and in a case with its One:1 it was succeeded to lower in addition due to broader application of a coal plastic. Let’s tell, even rims will be made of this material.

The running prototype will go to the tracks until the end of this year, and the first party from six final versions will not keep itself waiting long. The concrete price is not disclosed, but, according to assumptions, it exceeds $2 million, and for all six copies advanced orders are already secured. It is known that China will become the main sales market of Koenigsegg One:1.