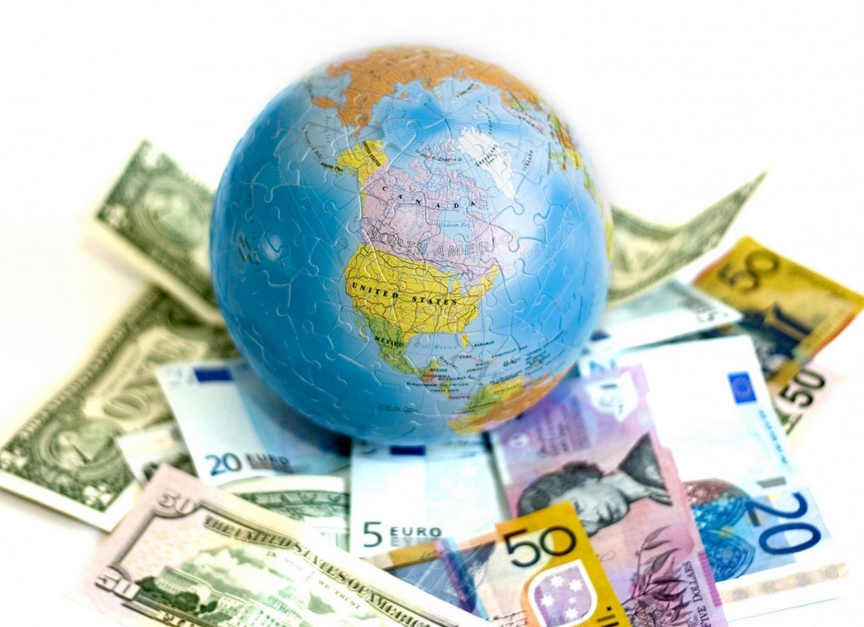 In domestic and foreign literature there are various approaches to definition of the concept “world economy”. The most important of them are:

Multinational corporation – the largest companies of the world which on the sphere of the activity are international, but having the national capital in the country of basing.

Stages of development of the world economy

The world economy began to develop long ago. Everything began with world trade which represents set of foreign trade of all countries of the world. At the most ancient stages of human history the whole people could adjoin directly with each other. Such contacts arose at migrations, mass begstvo from natural disasters, at power sections of territories, exchanges.

Residents of the first-ever state of (Egypt) traded with the next tribes more than 5 thousand years ago, buying from them wood, metals, cattle in exchange for products of craft and agriculture. They also organized expeditions for economic development of new lands. In the same time the tribes living in the territory of Russia exchanged goods with the next tribes.

Dealers in services began to be connected to international trade in goods. Phoenician and Greek merchants not only traded across all Mediterranean in goods, but also rendered services in transportation of goods and overseas passengers.

The Area of Mediterranean and the Black Sea together with the adjacent countries of the Western Asia became that the region of the world where in an extreme antiquity the kernel of the world economy arose. Gradually other economic regions of the world – the Southern Asia, then Southeast and East Asia, Russia, America, Australia and Oceania, regions of Tropical Africa joined in the beginning it.

The big contribution to formation of world trade by goods and services was brought by active distribution of the market relations, great geographical discoveries of the XV-XVII centuries, emergence in the XIX century of the machine industry and modern automobiles and communication.

Columbus, Vasco da Gama, Magellan expeditions moved apart limits of the world market many times over, having attached to it new regions. Economic communications with these regions were strengthened after the beginning of mass manufacturing of finished products in the XIX century in Western Europe in the beginning, and then in North America, Russia and Japan. It were simple and cheap consumer goods. Their sale was promoted by steamships, the railroads, telegraph. As a result by the end of the XIX century there was a world market of goods and services.

At the same time in the world the movement of factors of production amplified (the capital, labor, enterprise abilities, technology). Streams of economic resources went in one direction – from the most developed countries in less developed. The British, French, Belgian, Dutch and German capitals were a noticeable element of accumulation of the capital in America and Russia, emigrants from Europe mastered open spaces of North America, South Africa, Australia.

Then process of movement of economic resources became more complex: the capital, enterprise abilities and technology began not only to be imported, but also to export the moderately developed countries, and underdeveloped countries actively participated in export of labor also. As a result, the international movement of factors of production becomes mutual.

After the world economy developed at a turn of the XIX-XX centuries, it underwent considerable changes. In the course of evolution of modern world economy allocate some stages:

Indicators of development of the world economy

For carrying out the analysis of an economic situation of the world economy the system of the indicators characterizing a state and dynamics of the modern world economy is used. The most important of them are:

At the beginning of the XXI century the world economy finds new quality, globalization becomes the major form and at the same time new stage of which internationalization of economic life. By definition of experts of the IMF, this phenomenon represents the growing economic interdependence of the countries of the whole world as a result of the increasing volume and variety of the international transactions with goods, services and world streams of the capital, and also thanks to more and more fast and broad diffusion of technologies. Thus, globalization represents process of the movement to the world economic, financial, information and humanitarian space causing overcoming of the state barriers on the ways of the movement of information, the capitals, goods, services and increase of a role of supranational institutes of regulation of economy.

The main driving forces of process of globalization are deepening of the international division of labor and information revolution. Sharply degree of openness and interdependence of national farms increases. Global economic processes become dominating, and the center of gravity of enterprise strategy moves with national on supranational level. The national state gradually loses opportunity effectively to use traditional levers of macroeconomic regulation (import barriers, export subsidies, rate of national currency, a rate of refinancing of the central bank) and is compelled to be guided in the economic policy by world tendencies.

Economic rapprochement and interaction of the countries at the regional level became other important tendency in development of the modern world economy. The international economic integration represents process of economic and political association of the countries on the basis of development of deep steady interrelations and division of labor between separate national farms. The highest form of interstate economic integration is the economic and currency union. Integration processes gained the greatest development in Western Europe (EU) and North America (North American association of free trade).

Besides integration associations quite noticeable place in processes of interaction in the economic sphere of the certain states is taken by associations of the manufacturing countries and exporters of raw materials, free economic zones. Thus, the world economic relationship which is shown in internationalization of production and integration led to strengthening of interrelation of separate national economies, formation of integrity of the world economy.